If you love stalking tailing reds in a foot of water, or hunting world-class speckled trout, you've come to the right place! Here you can find fishing reports, fly patterns, tying instructions, and gear suggestions—as well as articles and videos that capture the beauty and unparalleled flyfishing opportunities that can be found on the Lower Laguna. 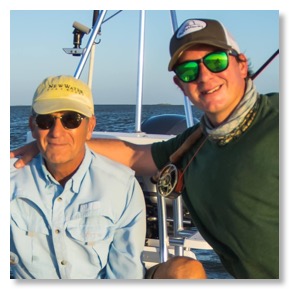 I began fly fishing on my home waters of the Lower Laguna Madre when I was in my 20s. I'd fished here since I was a child with my father and brother, but as far as I knew, no one else had ever used a fly rod on the south Texas flats. As it turned out, it was a life-changing event to catch those first two reds on a popper one morning in 1975 while visiting from Virginia. Years later, I moved back to south Texas and founded Kingfisher Inn in Arroyo City in 1999, where I quickly began guiding flyfishers from all over the world.

Meanwhile, Ryan still lived in Virginia and visited me a couple times a year. He, too, eventually fell in love with the LLM, and finally moved to the Rio Grande Valley to live with me and to attend college. He had begun fly fishing with me on the LLM years before, so it didn't take long before he was exploring the bay with me and his uncle Chip, and meeting other anglers and guides who would further expand his knowledge of the south Texas flats. 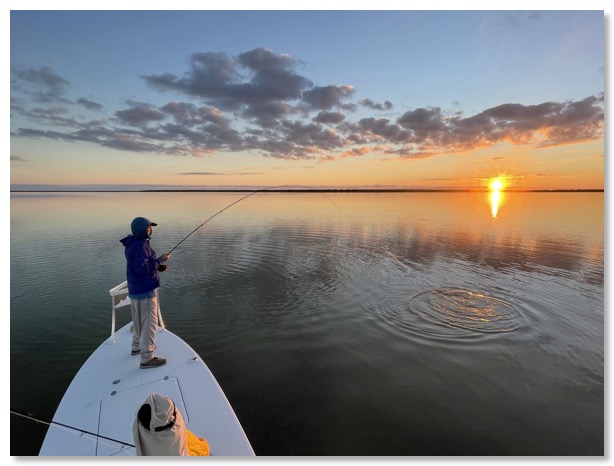 Finally, he decided to become a guide, too! At this stage, Ryan has become intimately familiar with the LLM, immersing himself in its flora and fauna to an extent that he knows the lagoon from the inside out, as one who wades its waters, and celebrates its unique beauty. As a Texas Master Naturalist, AP history teacher, and fly fishing guide, he brings a unique perspective to his work with clients.

At this point, I have largely retired as a conventional flyfishing guide, preferring to fish for fun, to guide a few clients interested in exploring flyfishing as a path of self-development, to write about our adventures, to develop new fly designs, and to work on a book with Ryan. Tentatively titled, Flyfishing for Redfish and Speckled Trout on the Lower Laguna Madre, it will encompass a lifetime of fly fishing and a wealth of knowledge for those who want to go deeper into the mysteries of the "Mother Lagoon." It will be a full-color large-format hardcover book, featuring many of the photos that I have taken over the years, as well as many new ones that Ryan and I are taking together.

When will it be available? Our projected release date is June, 2023. If you are interested in obtaining a copy, we will be offering a special edition with a half dozen of my signature flies—the VIP popper, the Mother's Day, and the Kingfisher Spoon (with the new Excalibur weed guard) flies tied by me. If you are interested, please fill out our contact form, and let us know and we will keep you in the loop as the book nears publication.

The finest shallow water
skiffs in the world.

The rods and reels we use.

Get a copy of
Healing the Fisher King here!